It is with regret that we have to announce the postponement of this event due to concerns about Covid and our attendees.  We will announce our new date as soon as possible.

Please consider making a donation to our Alumni Scholarship Fund.

Spectrum Community School is looking for two or more individuals for the following positions to help finalize the development of a multi-sport turf field with various stakeholders on the school property.

Please contact dobutcher@sd61.bc.ca if you feel you can help or have any questions.

This is a new version with better video, sound and the addition of the overtures.

A celebration of the life and legacy of Brian Whitmore in a night of music, memories and tribute.

As part of the evening, three gifts were unveiled commemorating Brian’s legacy and contribution to Spectrum Community School.

If you were unable to attend in person, please consider making a donation to the Brian Whitmore Memorial Scholarship here: https://spectrumalumni.com/alumni/the-brian-whitmore-memorial-scholarship/

This year’s goal is to raise $10,000 to help Spectrum Community School students, present and future, pursue their post-secondary dreams.

Sadly, due to complications arising from the continuing COVID crisis, we are postponing our Scholarship Auction until the fall of 2021.
We will keep the donation form active during this time.

Find Out More and Donate Here!

Our Alumni Association is asking for your support, along with the help of your contacts, friends, family, neighbours and local business connections, by donating an item(s) that will generate a lot of interest ~ and bids!

So proud of the athletic talent Spectrum has produced over the years! Well done to all who made this happen.

Great article in the Times-Colonist about the plan to add new artificial fields at Spectrum.

Some images from Spectrum Fantasy Factory’s 1980 production of Joseph and the Amazing Technicolor Dreamcoat. 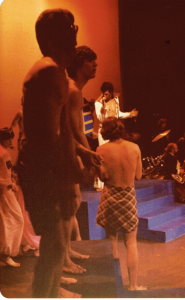 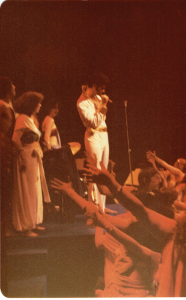 
NEW! Video of the Second Act!

The Spectrum Alumni Association is proud to announce the creation of the Brian Whitmore Memorial Scholarship.

DONATING ONLINE
The Spectrum Community School Alumni Association has chosen to utilize the non-profit status of SD61 for our donations.

How do I donate?
1: Click on this button or this link –  SD61’s SchoolCashOnline.com

3: IMPORTANT! Indicate in the Message field that your donation is for the Spectrum Alumni Association’s Brian Whitmore Scholarship

For ease, highlight and copy the text below:

How do I get a tax receipt?
Please retain your receipt from SchoolCashOnline for income tax purposes.

It is with profound and unrelenting sadness that I have to announce the passing of one of my dearest and longest friends, Brian Whitmore.

Brian passed away late yesterday from cancer. He was surrounded by his always loving wife and partner of over 40 years, Elaine Daniels. Brian was 74 or 75….he did not like to reveal such things.

I first met Brian as my English teacher at Spectrum School in the fall of 1976. We became fast friends and remained close friends up until his death. In his public life, Brian was best known as Spectrums longest serving teachers from 1976 until his retirement in 2009. Some 33 years.

In that capacity he was one of the original “Spectrum Hokies”, ran the yearbook for decades, ran the theatre for decades and became an important mentor to far too many students to count. In his personal life, as one of my closest friends, he was a rock. We went to countless concerts together over the years, Dylan, Stones, Joni Mitchell, we traveled on road trips, when going though tough times he was the “Bank of Brian”. We spoke each and every week at least once a week for the past 40 plus years. We argued, laughed and told each other harmless lies and fanciful tales. He knew every one of my secrets and I his.

Our weekly calls were legendary….generally lasting 2-3 hours each moving effortlessly from music, to politics to people. The calls were referred to by Elaine (his wife), as being that of 2 schoolgirls talking.Brian also formed a 9-person NFL football pool called Phutball. It has run continuously for 40 plus years. I was the last joining member and its youngest. I have been in that pool for 33 years.

Brian, after retiring from teaching also formed the Spectrum Alumni Association. He adored the school, he treasured his students and he gave all and left everything in his TA’s homeroom and his classes. To say I will miss him and his counsel is far too difficult for any words. Words, in this case, simply fail.

Help us ensure Brian’s legacy by:

2: Adding your name to our petition to have Spectrum’s theatre renamed The Whitmore Theatre. Click here to sign