State of the Art Technology – 1981 Style

Here is what the TV studio had for audio tech in 1981. I ask you, under what circumstances would you need four reel-to-reel decks, two cassette decks and a turntable?  Especially since that would max out the mixers.  And notice the fancy little black and white monitor. 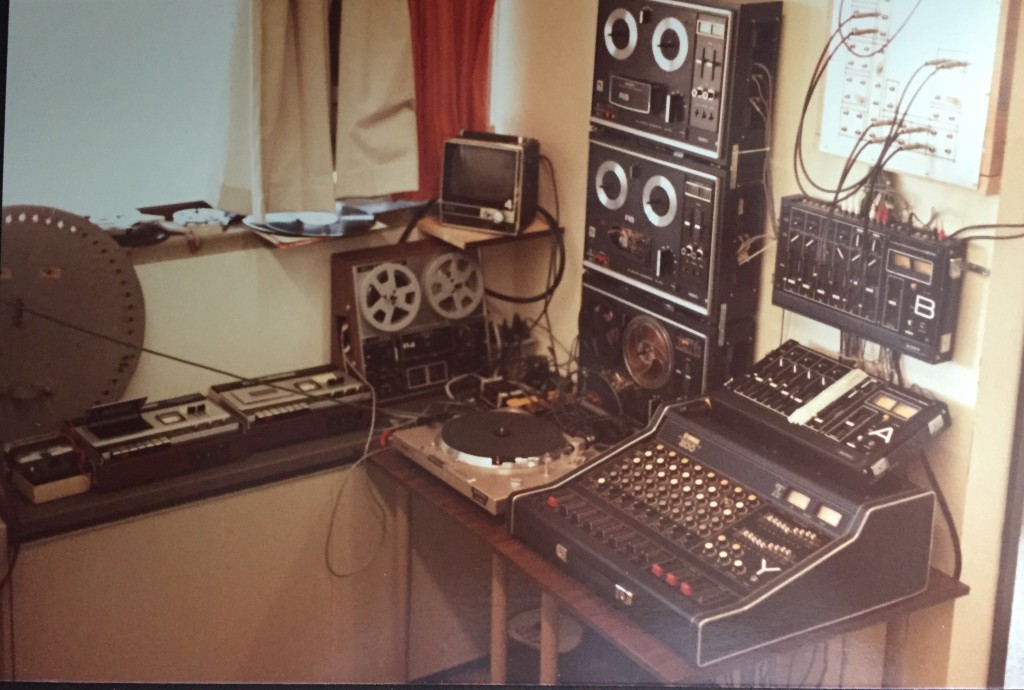 A Ken Baker shot from the Program photo session for ‘Anything Goes’ January 1982.    Either we were just goofing around after the shoot or Ken was testing the lighting.  Either way, I think I should have stuck with that look – Peter Frampton hair and black bow tie. Zsuzsy Rackozy, Jill Wyness and Dave Goossen. 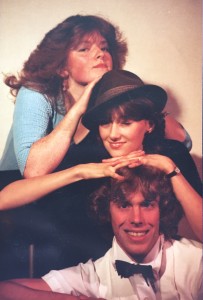 You know, I have realized that way back then we didn’t take a whole hell of a lot of pictures.  Even funnier, I hung out with Ken Baker who took just about every picture in the yearbook and we still didn’t take any pics of day to day life in the school.  So, here’s a pic from after we gradded.  This is Ken Baker, myself and Rudy Stebih on the set of Pinafore at the MacPherson Theatre in January 1984, I think. 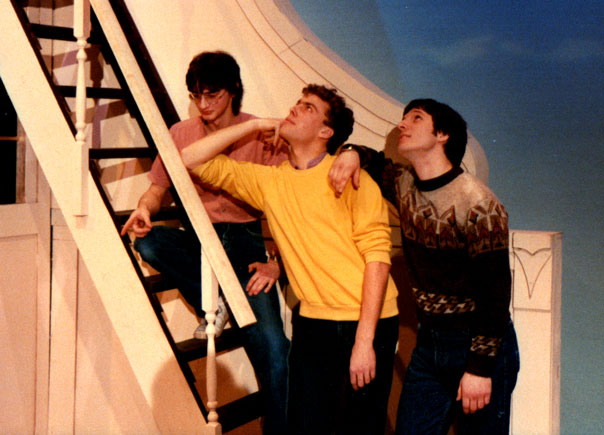