What was your biggest memory of our time at Spectrum?  Write something up and I’ll post it.  Pictures, if you’ve got them, would be great too. 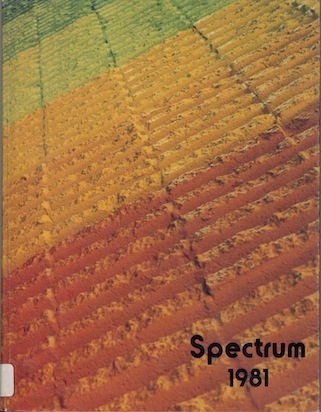 Wm. Fuzzy
Whoa! There is no Class Rep for 1981.
If you think you've got what it takes, and would like to help us, let us know.

Here is what the TV studio had for audio tech in 1981. I ask you, under what circumstances would you need four reel-to-reel decks, two cassette decks and a turntable? … END_OF_DOCUMENT_TOKEN_TO_BE_REPLACED

A Ken Baker shot from the Program photo session for ‘Anything Goes’ January 1982.    Either we were just goofing around after the shoot or Ken was testing the lighting. … END_OF_DOCUMENT_TOKEN_TO_BE_REPLACED

You know, I have realized that way back then we didn’t take a whole hell of a lot of pictures.  Even funnier, I hung out with Ken Baker who took … END_OF_DOCUMENT_TOKEN_TO_BE_REPLACED